A fantastically in-depth article on "The Suffragist" was published by the "Iowa City Press-Citizen," detailing the origins and purposes of this thrilling new musical, written by Cavan Hallman and Nancy Hill Cobb.

We particularly love the quote from composer Cobb:

“If you think about the number of movies or plays that have been written about war and men going to war," Cobb said, "it’s all wonderful, but these women were sort of at war with their own country for not recognizing them as full citizens.” 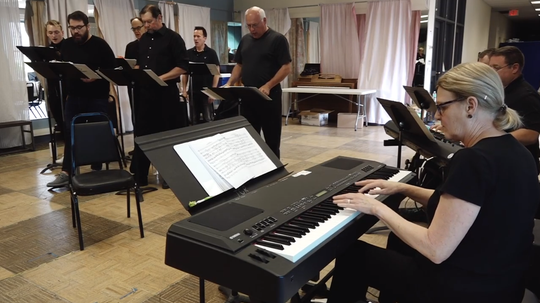 It's true that there are so many war dramas that focus on the male experience, and so few that tell the stories of women who enter the fray.

Likewise there is an abundance of musicals that feature multitudes of men - think 1776 - and far too few that provide great roles for women.

The Suffragist, a musical about Alice Paul, Carrie Chapman Catt, and the fight for the 19th Amendment looks to address those imbalances, while also telling the gripping story of women who endured abuse, torture, and a host of other indignities in the pursuit of the vote.